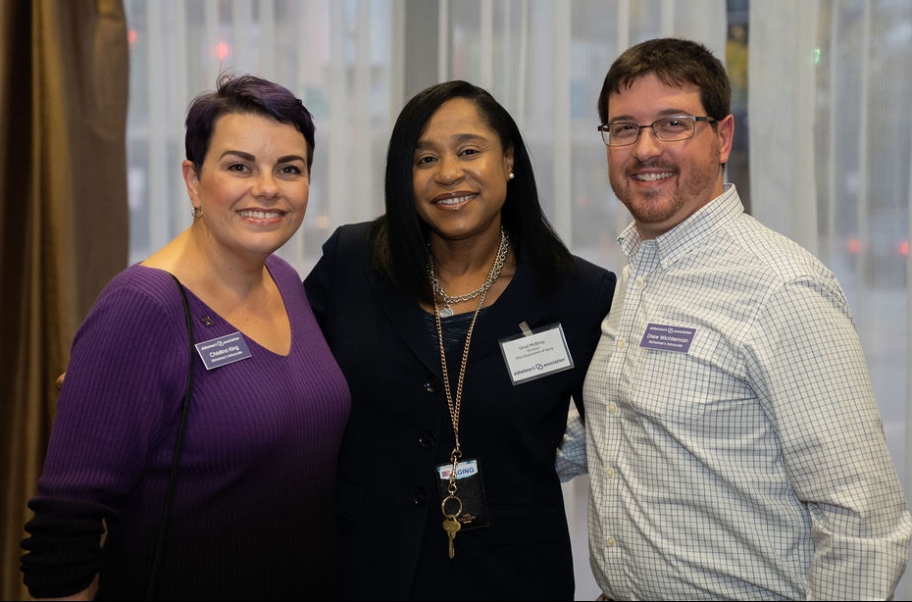 Stories are powerful. They connect people, build community, and create opportunities. Stories matter in the fight to end Alzheimer’s. That is why the Alzheimer’s Association has mobilized a group of advocates across Ohio, called State Champions, to share their stories and to urge state officials to address the challenges the disease poses.

State Champions work with their assigned legislators to raise Alzheimer’s awareness in their respective community and to help change state laws to improve the lives of families affected by Alzheimer’s disease. This is done in a variety of ways from social media posts to legislative meetings to submitting letters to the editors. No matter what the action, State Champions are focused on advancing the Alzheimer’s Association’s policy priorities for all impacted in Ohio.

In the Miami Valley, 30,000 people live with the disease and an additional 90,000 people support them as caregivers. State Champions are the voice for these individuals and families using their personal experiences. Human beings are hardwired to learn through stories. Statistics simply are not enough to challenge preconceptions of Alzheimer’s disease.

As State Champion and Tipp City Public Library Adult Services Librarian, Drew Wichterman, explains, “Each individual story paints a vivid picture for state officials to make a more informed policy decision. I have seen the frustration and challenges from my own family and countless library patrons as they attempt to navigate the murky waters of this disease. Everything from getting the correct diagnosis to providing support groups is absolutely critical. State officials need to know the daily struggles of caregivers and those suffering with Alzheimer’s disease. ”

Wichterman went on to say, “I recently got to be a part of the passage of Senate Bill 24 to help thousands of families through the creation of the first Ohio Alzheimer’s and dementia state plan. Knowing I played a small, but crucial part, as one of many people involved, that is the most rewarding part of being a State Champion – having the opportunity to share my story and represent my community as an Alzheimer’s Association advocate.”

“Of all the opportunities I have been afforded by volunteering with the Alzheimer’s Association, advocacy has resonated with me the most. Our elected officials are chosen to represent the constituents who vote them into office, and among those constituents are people with Alzheimer’s and their caregivers. Unfortunately, many with Alzheimer’s are not able to articulate their needs and frustrations, and often caregivers are unable to get time away from their caregiving duties to express their own concerns. I feel that advocating on their behalf, I am able to give them a voice,” explained King.

In the coming year, Ohio will be developing its inaugural Alzheimer’s and dementia state plan and introducing dementia training for first responders. More remains to be done, and State Champions will be hard at work in 2020. Together, they will put stories in the ears of the right people across Ohio and create opportunities for change. To lend your voice and story like Drew and Christina or to hear more about the Alzheimer’s Association’s policy priorities, contact Caitlin Purk, Public Policy and Outreach Manager, at cpurk@alz.org or 614.442.2015.