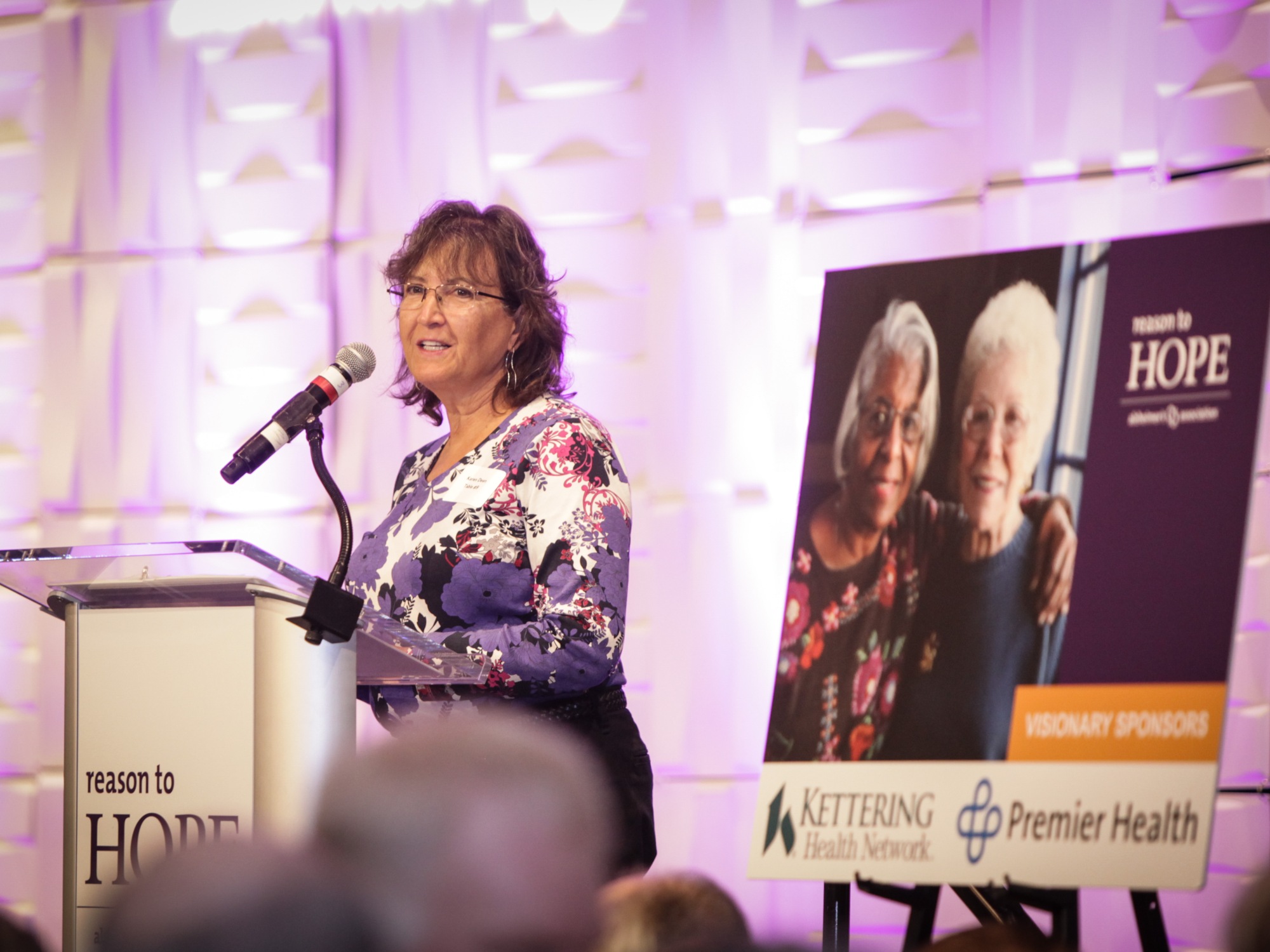 The Alzheimer’s Association mission and focus on finding a cure were on display during the Miami Valley Chapter’s Reason to Hope Celebration. More than 400 community leaders attended the breakfast at the Marriott at the University of Dayton on March 12 to learn more about the disease and to find out how it affects local families.

2025NOW was the theme. That year represents the year in the National Alzheimer’s Plan when officials want to be able to prevent and effectively treat Alzheimer’s disease.

Through a combination of videos, personal testimonials and statistics, the program provided an emotional look at the toll of the disease. Jennifer Loveless, emcee of the program, said, “2025NOW speaks to the urgency of the disease. It’s an ambitious goal, but it’s a race against the clock. HOPE tells us WE CAN. These figures tell us WE MUST.”

Alzheimer’s Facts and Figures
Alzheimer’s is a fatal progressive brain disorder that cannot be prevented, cured or even slowed. Currently 5.8 million Americans – including 30,000 in the Miami Valley – are living with Alzheimer’s disease. About two-thirds of all individuals with Alzheimer’s are women.

Since the event’s inception in the Miami Valley, more than $800,000 has been raised. Individuals can still join the fight for a cure by going to alz.org/Dayton/donate.