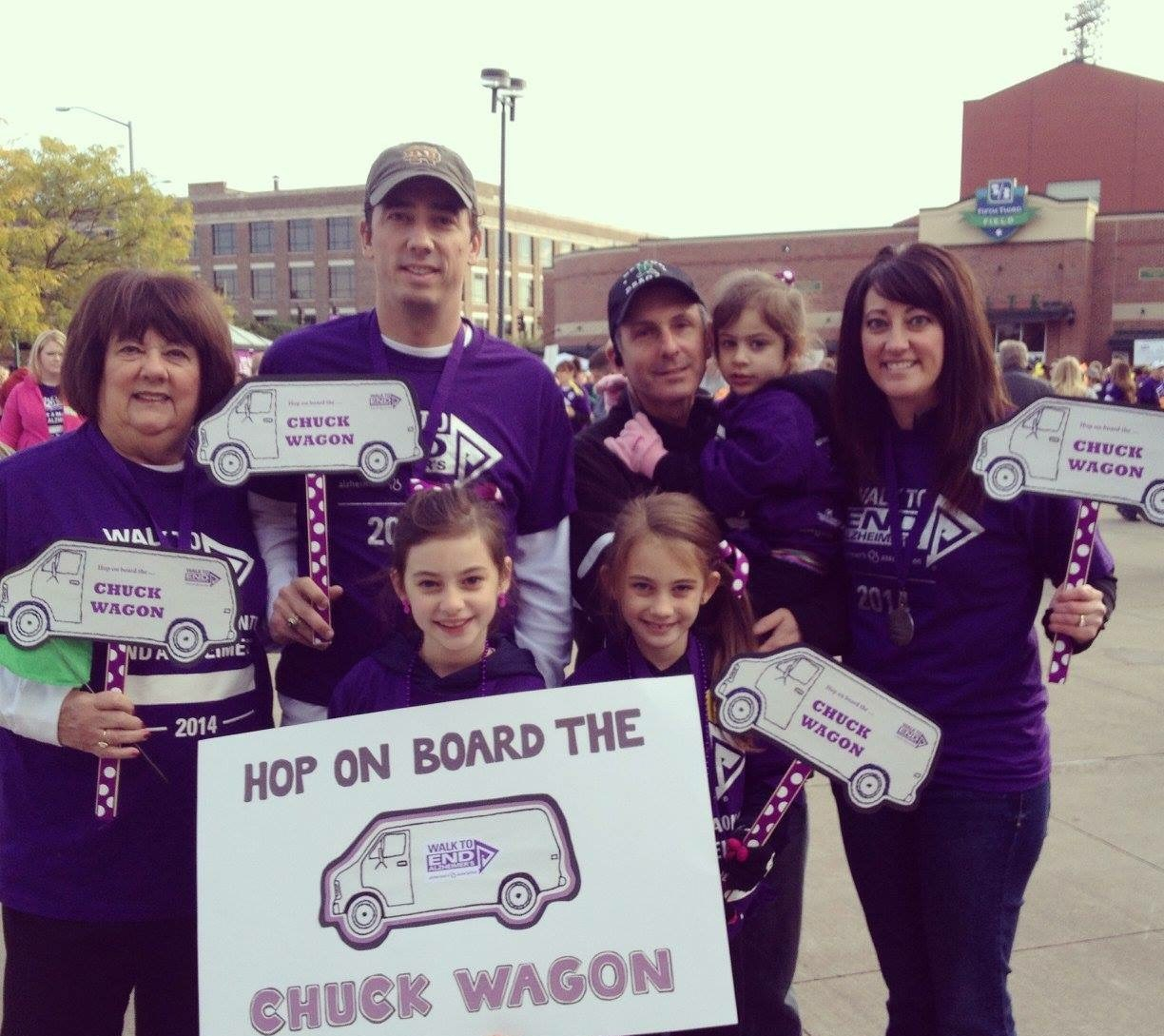 Honorary chairpersons for the Walk have various responsibilities. Chief among them is
to help promote and draw attention to the event and its purpose to help raise funds for
continued research for a cure and to provide support services for people living with dementia and their caregivers.

“Courtney and Eric are the perfect people to fill this role,” says Danna O’Connell, Vice President of Development for the Alzheimer’s Association Miami Valley Chapter. “Their family has been impacted by Alzheimer’s, and they are well-known in the area for being dedicated Daytonians with a true sense of commitment to the community.” Courtney works with the Downtown Dayton Partnership and Eric is an Executive Vice President with the Dayton Dragons Professional Baseball Team. “Eric and I have decided to take on the role of Honorary Walk Chairs for the Dayton Walk to End Alzheimer’s because, unfortunately, we know firsthand how important and urgent this cause is,” Courtney explains.

Why they Walk
Courtney’s father, Charlie Wendeln, was diagnosed with Alzheimer’s disease in early
2013, at the age of 67. During the following years he suffered a very rapid and scary
decline. “The disease was ruthless – not only on him, but also on my mother (his primary caregiver), and our entire family,” Courtney says. After an exhausting three-year battle, her father’s mind and body ultimately succumbed to the disease.

“Throughout my father’s battle with the Alzheimer’s, I often had a feeling of helplessness
and despair. There was nothing we could do to stop, or even stall the disease that was slowly erasing all recognizable aspects of the man we knew and loved,” she explains. “Taking an active role in the Walk to End Alzheimer’s gives us the opportunity to take back some control, and to honor his memory in way that is constructive and beneficial to other families who now find themselves in a similar situation. No person or family should have to endure this horrible disease, and we are doing what we can to try to make sure no one has to,” she adds. Courtney and her family also formed a Walk team called the Chuck Wagon Gang to help raise funds for Alzheimer’s in honor of her father.

Register today for a local Walk to End Alzheimer’s at http://www.alz.org/walk